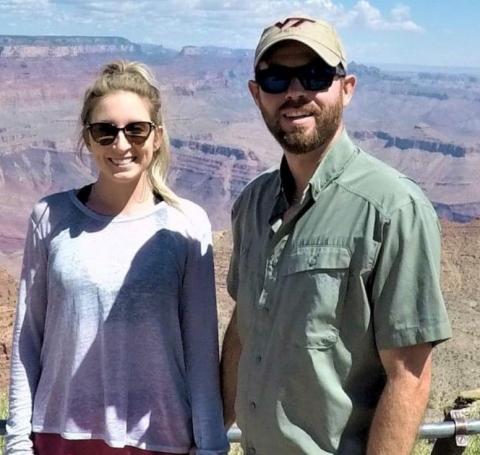 When he’s not at work you’ll often find DC-native Garrett McGuire exploring the local trails with his wife and their dog. The trails aren’t the only place you can catch him these days though; Garrett recently reimagined his love of the outdoors through a volunteer opportunity at the Bridges to Independence Sullivan House.

No stranger to Bridges, Garrett initially linked up with the organization through his job at AT&T where he developed financial backing for the Youth Leadership Academy hosted by the nonprofit. For the past 3 years he has coordinated this sponsorship, designating funds to the program’s mission to support, mentor, and strengthen the educational journeys of middle and high school students. Garrett says he is continually amazed by the goodwill the program creates within the community, “They do a really good job of highlighting the need that still exists here in Arlington. There are a lot of individuals and families that have financial and community needs, and Bridges highlights that and locates the support.”

When the pandemic happened, many programs were forced to go virtual, including the Youth Leadership Academy offered by Bridges. Already working with Bridges to ensure the Academy could continue its work under the new regulations, Garrett became personally involved in the organization’s mission at the Sullivan House. Bridges had reached out to the community asking for help with mowing the lawn of their emergency shelter, and Garrett answered the call. It was only supposed to be a one-off project, but he realized the reoccurring need and has continued to come back ever since. Garrett’s been enjoying the opportunity to help contribute to Bridges’ Shelter house in addition to his usual role as an AT&T partner. He asks that potential volunteers and donors look to the needs of Bridges at this time and pay special attention to the Youth Leadership Academy as it navigates the realm of virtual school support.

Learn how YOU can become a tutor/mentor for Bridges Youth!